From Tabletop MRI
Jump to navigation Jump to search

The scanner uses the "Medusa" console developed by the Stanford EE department (by Grieg Scott and Pascal Stang). The console interfaces with the computer via MATLAB. It produces the RF transmit pulses and gradient waveforms based on vectors created in a MATLAB pulse sequence script. It also acquires the received MRI signal at a time specified in the sequence. The console samples the received signal and downconverts it to baseband. Some specifics are at: http://mrsrl.stanford.edu/~medusa/hardware/

The console is also described in detail in this journal article.

An overview of the MEDUSA Matlab pulse sequence programming format is described here. 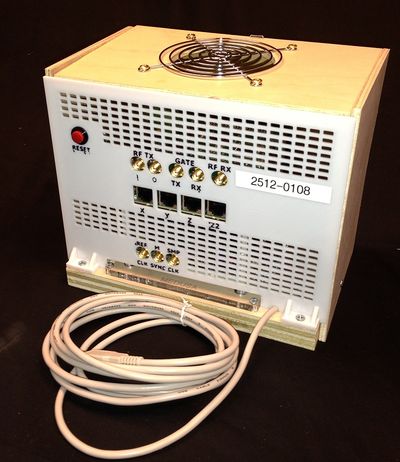